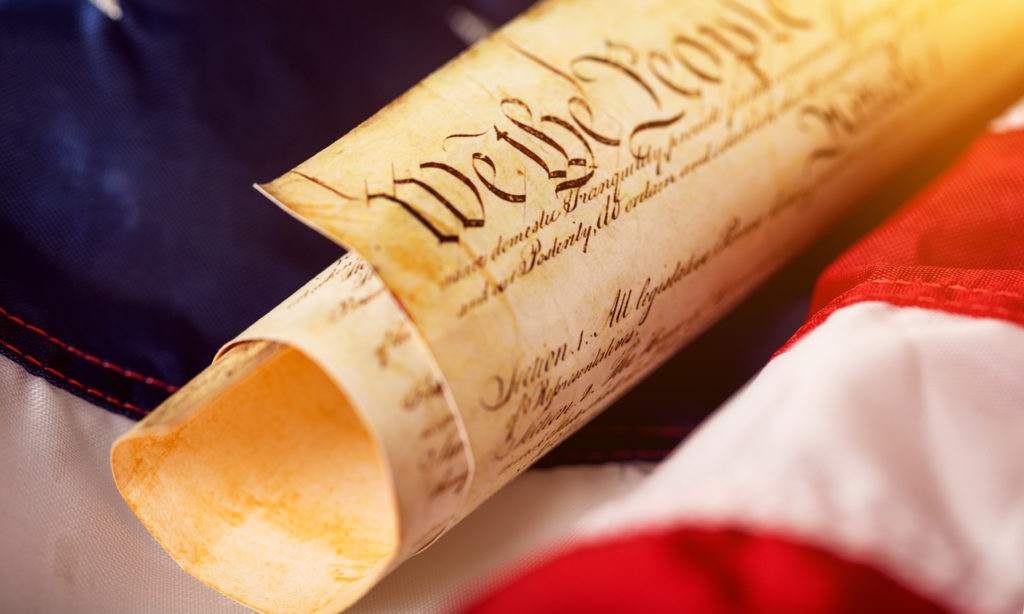 Will Republican Senators vote to see documents and hear witness testimonies in the U.S. Senate Impeachment Trial? If you haven’t been following things, that might seem like a crazy question. After all, it is a trial. The point of a trial is to prove or disprove the prosecution of a case to the satisfaction of a jury, so that jury can come to a judgement about the guilt or lack thereof of the defendant. Documents and witness testimony are necessary elements of any trial. But Republicans are operating according to the Constitution of Jim Crow America, not the Constitution of the United States.

Last week, Rev. Dr. William Barber II tweeted: “In the old Jim Crow South, when racists harmed Black folks, the prosecutor and judge would conspire to have a fake trial and ensure the racists didn’t get convicted. We are seeing these tactics play out in the impeachment trial under McConnell and it’s shameful.”

The tactics Barber wrote about are plethora in the Kentucky-based Senate Leader’s Impeachment Trial: President Clinton’s trial was five weeks long, but Senate Leader McConnell attempted to limit President Trump’s Impeachment trial to two days until he was convinced to extend it a few days to offer the appearance of legitimacy. Likewise, Presidents Nixon and Clinton’s trials included mountains of evidence and witnesses. Senate Leader McConnell barred the introduction of evidence or witnesses at the start of the trial. McConnell also banned all cameras and recording devices, in effect limiting the number of Americans that could follow the proceedings for themselves.

The Senate GOP is doing to our nation, what white southerners did to people of color and poor people throughout the latter half of the 20th century. In the years following Reconstruction, the 14th Amendment to the U.S. Constitution served as a barrier to southern white hegemony. Passed and ratified by President Lincoln’s Radical Republicans, the Amendment established equal justice under the law for all citizens. In response to this direct threat to white rule, southerners wove a web of laws, institutions, systems and practices were instituted to hem blacks in, limit their capacity to exercise agency, and rig systems in whites’ favor; reestablishing and protecting white supremacy. Among these rigged systems was the justice system, itself. Blacks rarely, if ever, got trials in the years directly following Reconstruction. Rather, they were lynched, extorted, thrown off land or thrown into the convict leasing system without any trial at all. In 1954 the Supreme Court declared: The jig is up.

The Supreme Court ruling in Brown v. Board of Education (1954) leveraged the power of the courts to reinforce the 14th Amendment’s requirement of equal justice under the law for all Americans. Southern Whites were forced to apply the same justice system to people of color that they applied to themselves. In response, white Dixiecrats dinged the justice system’s structure until it worked in their favor when applied to people of darker hues. Full born structural and systemic bias thrived between the Brown ruling and passage of the Civil Rights Act of 1964 and Voting Rights Act in 1965. Voter suppression, poll taxes and literacy tests presented structural barriers to justice by blocking people of color from jury pools. Once in the courtroom, prosecutors cut backroom deals with judges, people of color were offered no real defense, structural and systemic bias combined with lack of accountability when all white juries acquitted their white peer purps—all largely outside of the view of mass media. Thus, Southern people of color were left without recourse when white men chose to protect their power.

Following passage of the 1965 Voting Rights Act, disillusioned Dixiecrats disowned the Democratic Party. They wandered in the wilderness for seven years. Then these southern hounds heard Richard Nixon’s white supremacist dog-whistles and joined the GOP in support of his 1972 bid for reelection. They won and found their new home.

In 2016, former Dixiecrats banded together with a new generation of white evangelicals, with largely southern roots, to elect an avowed white supremacist whose rhetoric would have made Governor George Wallace blush. Rather than “Segregation now, segregation tomorrow, segregation forever!” Trump promised the Wall. Both promises flew in the face of the law. Both promises consolidated power in the hands of a central leader and negated the rule of law. Both promises rose from leaders who fashioned themselves as leaders in a cultural war—a war to maintain white rule.

All is fair in war—or so the saying goes. When seen through the prism of war, legality does not matter. Rules can be broken because winning is what matters—not preserving the rule of law. And if the Constitution is getting in the way of winning, then Constitution be damned—that is how it goes in civil war. That is how it went when white southerners ruled in the Jim Crow South.

White Evangelicals have cast themselves in the role of “Christian soldier” in the context of a culture war. Now they seem resigned to the cost of winning—a damned U.S. Constitution.

With Bolton’s Book full of evidence and looming on the horizon the question of GOP Senators’ commitment to the Constitution has resurrected. But, whether or not they demand witnesses will depend on one thing—and it is not their base. It will depend on their conscience.

Can the four GOP Senators needed to call for witnesses and documents stand to stay silent while their peers push American democracy over the cliff?

Can GOP Senators stand to be known by their great grandchildren as the ones who set the Constitution on fire?

Can they stand to be known as the ones who not only protected our Jim Crow president, but ushered the totalitarian rule of the Jim Crow South into the halls of Congress?

We will see. Soon and very soon.

Constitution vs. Party: What Will Republican Senators Choose in the Impeachment Trial? ~ Lisa Sharon Harper

Constitution vs. Party: What Will Republican Senators Choose in the Impeachment Trial? ~ Lisa Sharon Harper